Last year, I resolved to start pushing myself  in my races.  I used to save my target races for the ones where I would aim to do my best, which meant one or two races a year.   I decided that I wanted to see how well I could do at shorter distances and started coming up with some pretty good PBs -- for me anyway.   My first two races this year I wasn't aiming for anything other than a finish.   Even though my Ironman Lake Placid wasn't, technically, a PB, it was better than my goal finish time by 13 minutes and it was better than my Arizona finish three years ago.  In my opinion Lake Placid is a much harder course.   So yay me!

Here are my details:

I only have one race confirmed for next year, but I'm waiting to hear whether I got into the NYC Half again.  December 20th is the announcement date -- can't wait!  I've been very fortunate thus far to have been randomly selected through their lottery two years in a row.   Here's to hoping for a third year in a row.

I'm still on the fence about the Chilly Half.  I'm definitely in for the Around the Bay and am leaning towards the Toronto Good Life in May.  I've done Mississauga twice and I hear the Toronto medals are huge.  I like medals, all medals, but especially big, obnoxious ones.  They are my kind of bling.

Tonight I'm excited to finally see the Nutcracker Ballet...for the first time ever! 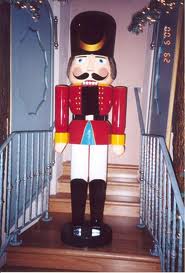 Am I the only person who has never seen it before?
Posted by Mari at 08:16